NHS Resolution explained in a follow-up post on the annual report that “there is encouraging news with evidence of an increased engagement with ways to resolve concerns which keep patients and NHS staff out of court, accompanied by a welcome reduction in legal costs”.

As the cost of clinical and non-clinical claims continue to rise and the number of available claims remains the same, the level of competition continues to intensify further. This has raised the cost of acquisition for each case, for instance search terms such as ‘medical negligence’, ‘medical compensation’, and ‘medical negligence solicitors’ can cost up to £80 per click through Google Ads with the cost increasing by 274% in the past year. 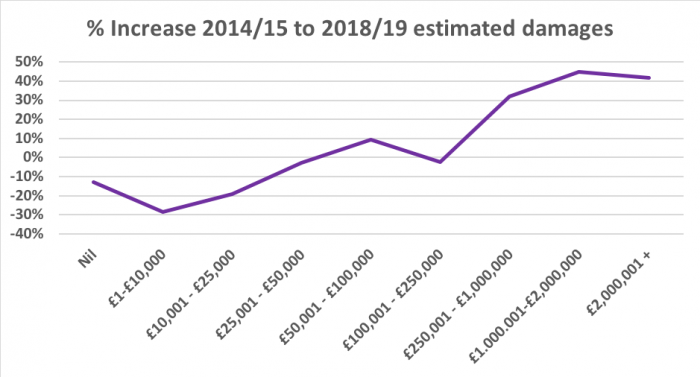 Dr Christine Tomkins, chief executive of the Medical Defence Union, also responded to the report: “The cost of clinical negligence claims continues to spiral out of control and should deeply concern all of us who rely on NHS services. In 2018/19 NHS Resolution paid out £2.36 billion in compensating patients through its clinical negligence schemes. This could have funded over fifteen million MRI scans or 112,000 liver transplants.” The increase of higher value claims and demand for more will add fuel to the rising costs.

Given how competitive the market is now, many firms look to mmadigital to provide a consistent supply of enquiries, tapping into our market leading technologies and lead generation teams to lower a firm’s overall marketing spend.

If you would like more information on how we can help with your customer acquisition strategy for clinical negligence enquiries please call 0161 452 0311 or email Shannon Hartin at shannon@mmadigital.co.uk