The UK can be a strange and spooky place with many reportedly haunted places scattered across Great Britannia, sighting ghosts and ghouls. 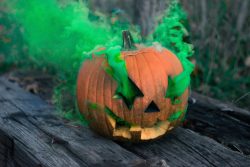 However, when you’re a country as old as the UK, you’ve got a long line of history developing spooky tales and suspicions that have influenced society and culture. The UK legal system is no exception with many forgotten and strange laws still in existence today.

In preparation for this year’s Halloween celebrations, we count down our top 10 strangest and spookiest UK laws which are still in effect today:

10. We recommend only knocking on doors this Halloween if you are trick or treating, as ‘Door knocking’, the act of knocking on a door and running away, is illegal under the 1839 law – ‘wilfully and wantonly disturb any inhabitant by pulling or ringing any doorbell or knocking at any door without lawful excuse’.

9. Aladdin’s magic carpet will appreciate this one: The beating, shaking carpets, mats or rugs is illegal and doormats can only be beaten after 8am in London since the Metropolitan Police Act 1839.

8. You won’t find Oogie Boogie, the infamous Boogeyman with a penchant for gambling in a library this Halloween, as gambling – including on any computers or devices – is illegal due to the Library Offenses Act of 1898.

7. It is illegal to operate a cow, horse or steam engine while intoxicated, and the Metropolitan Streets Act of 1867 prohibits the driving or conducting of any cattle through any street between the hours of 10.00am and 7.00pm. So, watch out for a midnight cattle herd!

6. Although October can be a windy season, we would avoid flying a kite or riding a broom and annoying inhabitants & passengers in London, as thanks to the Metropolitan Police Act 1839, you’ll be fined £500.

5. Will the plague return to the UK? The Black Death caused over 25 million deaths in Europe during the middle ages. If you suspect you have the plague in London, don’t try flagging down a taxi or try to ride a bus because as part of the Public Health Control of Disease Act of 1984 this is illegal, instead try an ambulance. Don’t worry, it is treatable if caught early. 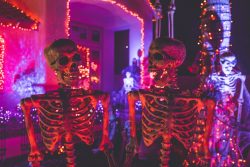 4. Speaking of taxis in London, it is also illegal for a cab to carry rabid dogs or corpses. If you spot this, we recommend contacting your local police department before the zombie epidemic begins.

3. Halloween is a fantastic time to dress as a character or creature, but we would avoid dressing as a knight and trying to trick or treat in the Houses of Parliament where, as of 1313, it has been illegal to enter wearing a suit of armour.

1. Finally, voted the strangest UK law by the British public – Dying is illegal in the Houses of Parliaments! Looks like you won’t be able to haunt our law makers anytime soon.

Wishing you a spooky Halloween from the team at mmadigital! 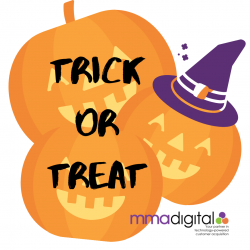