A high proportion of Brits would be willing to make a personal injury or medical negligence legal claim, despite not having a genuine reason to pursue a case, research has revealed.

A survey of over 500 people who have either used or considered using legal services has revealed that consumers have varying attitudes towards compensation claims. While the majority of respondents believe there should be a good and valid reason for making a claim, such as serious injury caused by a someone else (58%) or an incident that wasn’t the claimant’s fault (24%), 41% of respondents admitted that they would be likely to make a false claim for financial gain if they thought they could get away with it. 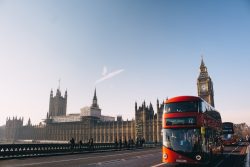 The research, conducted by market research company Sapio on behalf of digital marketing and customer acquisition specialist for the legal sector, mmadigital, also identified some key concerns over pursuing a legal case. Cost and lack of success topped the list of fears with 57% and 35% respectively, while a lack of understanding of legal jargon, the time required, and intimidation or pressure from lawyers were also off-putting factors.

When questioned about the places they’d initially seek advice before deciding whether or not to pursue a claim, 18% said they would turn to Citizens Advice or a law firm they already know, demonstrating the importance of a good reputation in the UK’s busy legal claims market. Claims specialists were the third most popular source of advice (15%) coming just ahead of a search on Google (14%) and a friend or family member (13%).

mmadigital CEO, Dez Derry, commented, “The research highlights interesting findings on what consumers think about the claims market. While it may not be surprising that consumers are generally more willing to pursue a case when their personal finances aren’t on the line, the associated costs associated with legal representation generally still appear to be a barrier for many. The no-win, no-fee model can help genuine claimants get their case heard without fear of losing out financially, but firms also need to be aware that this may offer security for false claims. To minimise this risk, legal professionals in the injury claims sector  need to be dealing with pre-qualified and vetted leads so their valuable time is spent only on pursuing genuine and legitimate claims.”

This research was conducted by independent market research agency Sapio and polled the views of over 500 respondents who have used or have considered using legal services.