Data  released  by  mmadigital  has  revealed  the  key  reasons  behind  wide-ranging  clinical  negligence,  personal  injury  and  industrial  disease  claims  –  as  well  as  how  much  claimants  can  expect  to  receive  in  damages.

The two most common reasons behind clinical negligence claims relate to pre-treatment situations – failed diagnosis and negligent delay in treatment or surgery – demonstrating the strain the health service is under and suggesting that NHS claims are being worsened by long waiting times and consultation outcomes. The estimated total clinical negligence liabilities facing the NHS is said to have risen to around £65bn.

Peter Walsh, Chief Executive of AvMA, the UK charity for patient safety & justice, comments: “Problems with diagnosis are a huge patient safety issue and should be better recognised as such. Currently, most of the emphasis is on errors in treatment but so much human misery, as well as compensation payouts, could be avoided with better diagnosis.”

In other claims areas, car accidents were behind 22% of all injury-related claims, with 2% from motorbike and 2% from cycling accidents. Accidents at work accounted for 22% of cases and slips, trips & falls for 17%.

“The data collected as a result demonstrates the realities of whats litigation in many areas of society today.”
Dez Derry, CEO of mmadigital

July appears to be the busiest claims month, accounting for 14% of claims, followed by August at 13% suggesting that summer may be the time when people dwell most on making a claim enquiry. In contrast, December had the lowest level of enquiries at 4% – as people are likely to be distracted by the Christmas festivities – putting off making claims until the New Year.

Dez Derry, CEO, mmadigital, comments: “We handle and thoroughly vet thousands of claims enquiries on behalf of law firms every year and the data collected as a result demonstrates the realities of what’s litigation in many areas of society today.” 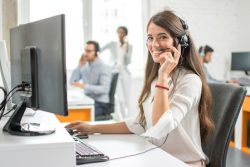 The legal claim services mmadigital provides include The Medical Negligence Experts and The Compensation Experts, as well as five other consumer legal areas. They include thorough vetting procedures backed by qualified legal and medical professionals to ensure claims are only pursued when valid.

Click here to download our infographic for the most common types of claims accepted by law firms.